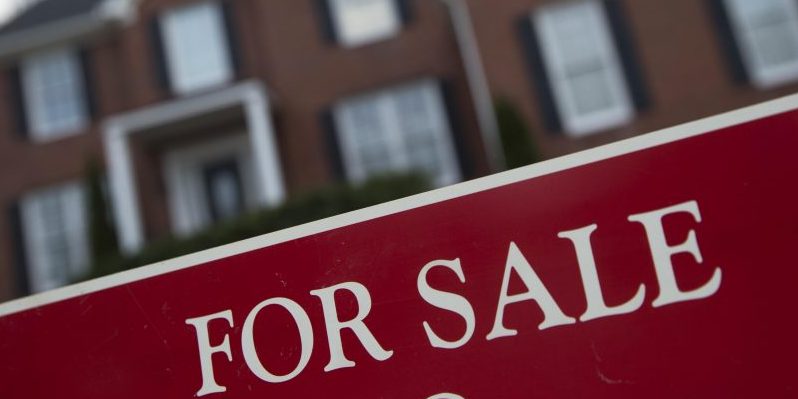 With the new decade well underway, a recently released report takes a look at how Canada’s housing activity in the 2010s measured up against the previous five decades.

The report, which was put together by commercial real estate services and software company Altus Group, found that while the 2010s were a decent decade for housing starts in Canada, different dwelling types experienced other outcomes.

According to the report, total housing starts in the 2010s Canada-wide were identical to the previous decade, tying for the second-best decade on record, after the 1970s. There were fluctuations in the level of start from year to year, but overall the 2010s were the “least volatile” of the past six decades for annual total housing starts.

However, the report revealed that the 2010s were a record-setting decade for apartment starts, while single-family homes continued to diminish. In the 2000s, just under three-quarters of housing starts were single-family homes, which includes detached, semis, and row/townhouse units. That said, in the 2010s that portion had dropped to just over half.

Roughly 92,000 apartment units were started on average per year during the decade of the 2010s, which was the strongest decade ever for apartments, even surpassing the 1970s. 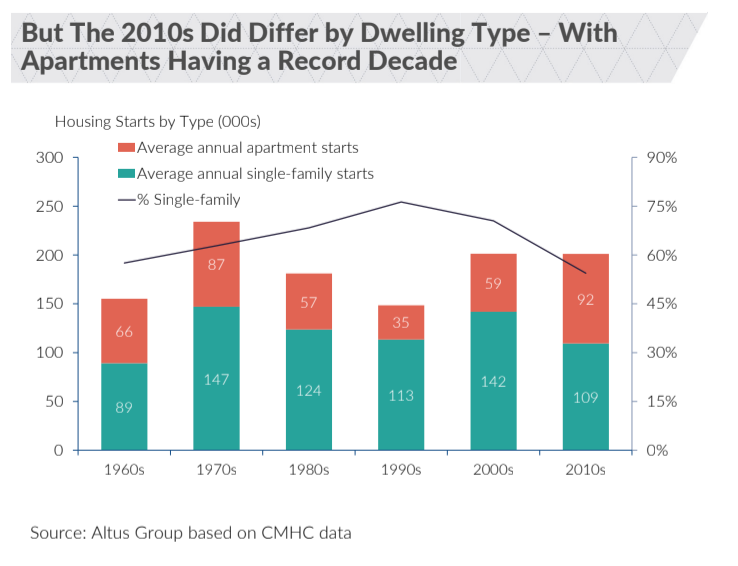 Starts Were Mixed By Region

While the 2010s started off “slowly,” Altus Group said British Columbia took the top spot for housing starts during the decade.

British Columbia, along with Manitoba and Saskatchewan, were the only regions where starts in the 2010s were above the longer-term average and were higher in the 2010s than in the 2000s.

Additionally, Quebec, Ontario, Manitoba, and Alberta all had “less volatile” housing starts in the 2010s compared to the previous five decades. 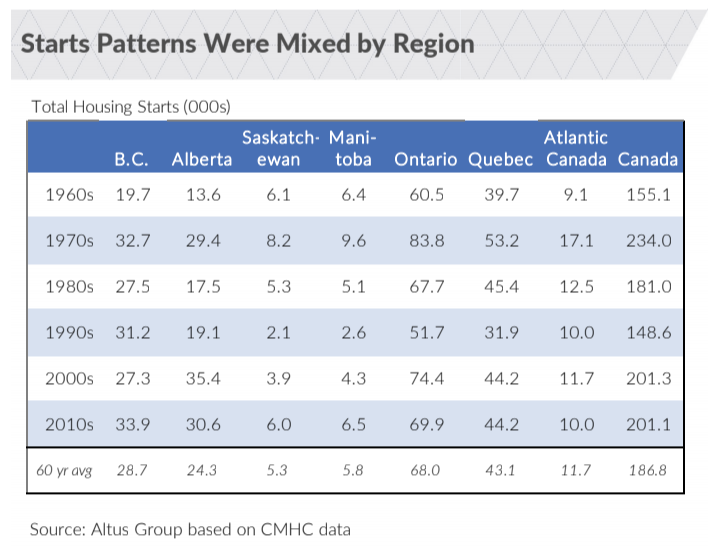 Total Population Growth Not a Strong Indicator of Housing Starts 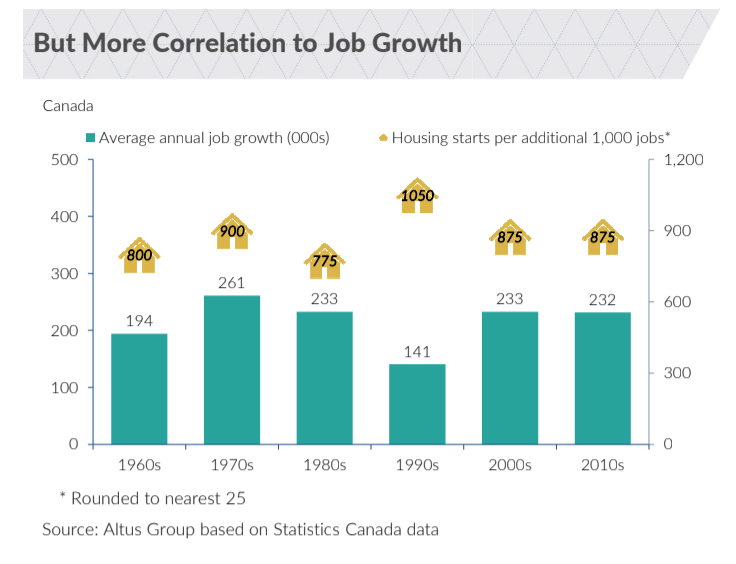 House price appreciation in the 2010s

During the past decade, low mortgage rates in the 2010s didn’t improve homeownership affordability, according to the report.

Posted five-year mortgage rates were lower on average in the 2010s than any of the previous five decades, but this potential benefit was offset by higher home prices and, as a result, annual mortgage payments in relation to income went up slightly over the past decade.